E-Mail
I want to receive news on my email
Poll
What do you think of Iran on trip website?
(Richard Nelson Frye (American Iranologist 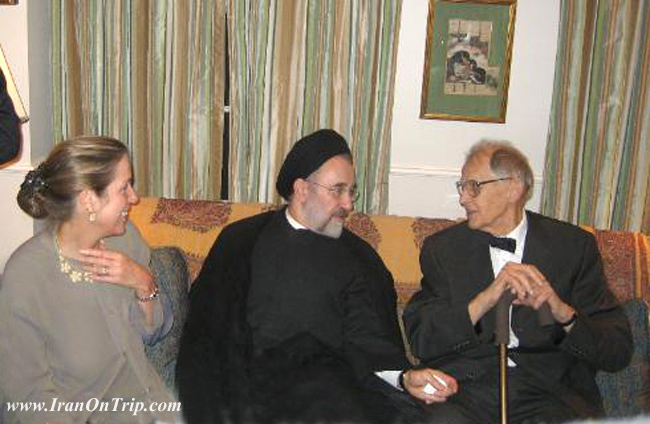 Above: With President Khatami of Iran at Ilex Foundation and
Olga Davidson, founder, 2006Left : Delivering inaugural address at Razi Lectrures held at
California State University, Fullerton, 2007Aptly referred to as “dean of the world’s Iranists” among scholars,
Richard Nelson Frye ofHarvard University has researched and taught the cultural history of Iran,
Central Asia andthe Near East for over six decades 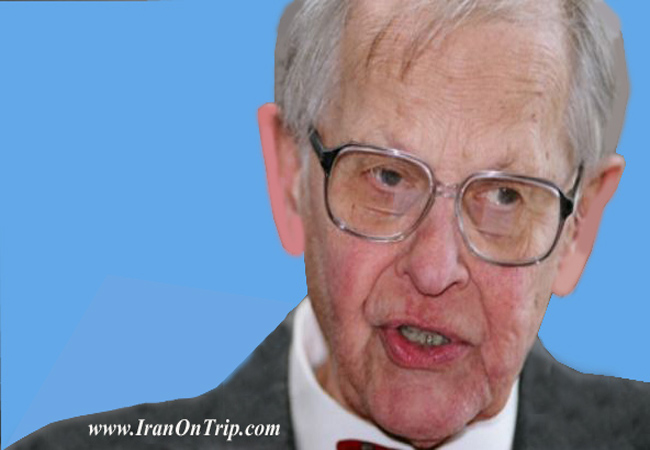 American scholar of Iranian and Central Asian studies, professor Richard Nelson Frye has passed away at the age of 94.Famed as “dean of the world’s Iranologists” among scholars, Frye died in Boston on March 27, 2014.Iranian Foreign Minister Mohammad Javad Zarif and the Director of the Islamic Culture and Relations Organization (ICRO) Abouzar Ebrahimi Torkaman have expressed their condolences on the loss of the great scholar.“His death deeply saddened all those who were interested in Persian studies,” Torkaman stated.Frye founded Middle Eastern studies department at Harvard University. His works and researches on Persian culture and civilization have played significant role in expanding Persian studies across the world.He has researched and taught the cultural history of Iran, Central Asia and the Near East for over six decades. He had great affection for Iran and the Iranian people and traveled to Iran several times.He wrote more than 20 books and over 150 articles about the ancient Iranian culture.Frye, in his will, had expressed his wish to be buried next to the Zayandehroud River in his beloved city, Isfahan.While two American Iranologists, Arthur Pope and Phyllis Ackerman, are already buried in Iran, Fry’s request was approved by former president Mahmoud Ahmadinejad in September 2007.
“They are very hospitable people. I love them very much,” Frye said in his talking about Iranians. 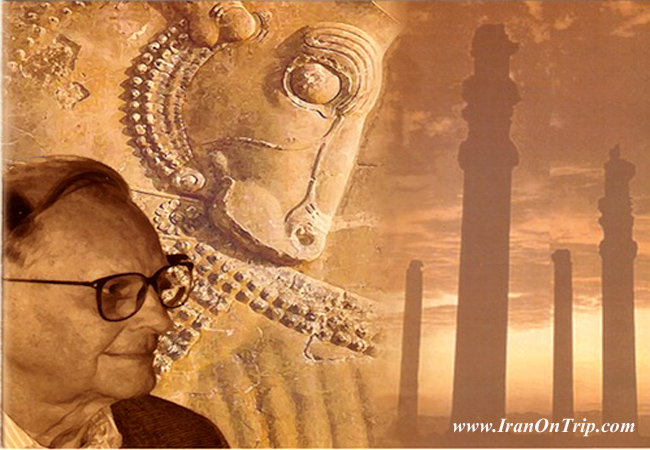