E-Mail
I want to receive news on my email
Poll
What do you think of Iran on trip website?
Abbas Barzegar Tourist Complex 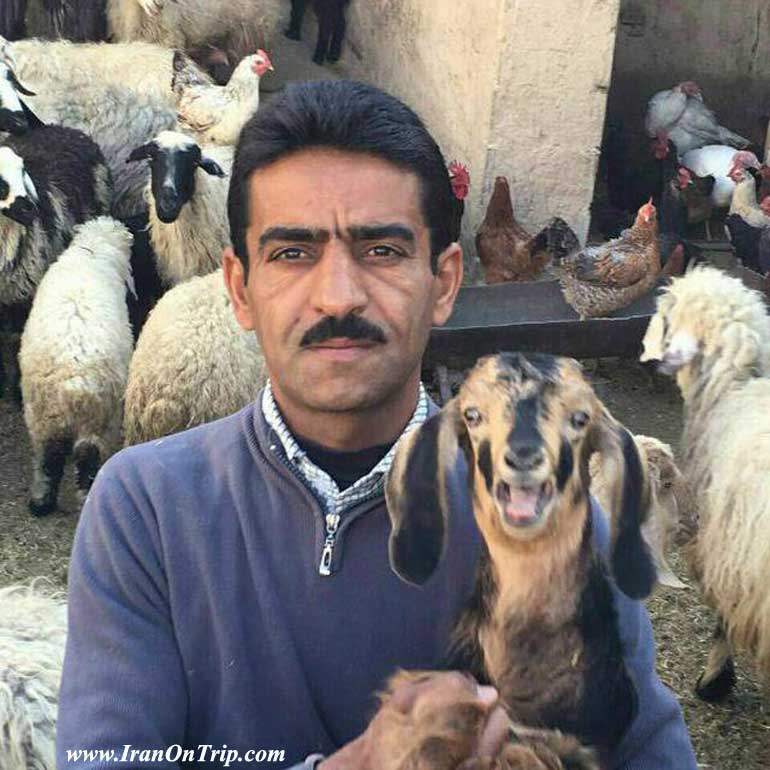 Abbas Barzegar and his family in Bavanat are world widely known and famous in preparing the best organic foods and performing the best nomadic tours in Iran. He and his family always create unforgettable experiences for our tourists by their delicious organic foods and dreamy village accommodation in their little private village.
When Abbas Barzegar opened the door of his little 60 meters house in April 2001 for two German tourists, who were lost in a rainy day in a far little poor village, he didn’t know anything about the tourism industry and he had no idea that the lucky star is knocking on his door.

The story of Abbas Barzegar and Bavanat village starts from April 2001 when two German motorcycle riders were lost in the roads and they were looking for a place to escape from the harsh rain. They stopped in the middle of nowhere in Bazm village 1hour next to Bavanat and they accidentally knocked on the door of Abbas Barzegar’s house. Like every other Iranians Abbas and his family welcomed the guests warmly and happily and they cooked one of the most simple Persian foods for their guests, the food is called “Dampokht-e Gowje” means rice cooked with tomato. And the two German tourists were extremely satisfied and joyful from the Iranian hospitality and the amazing delicious food. 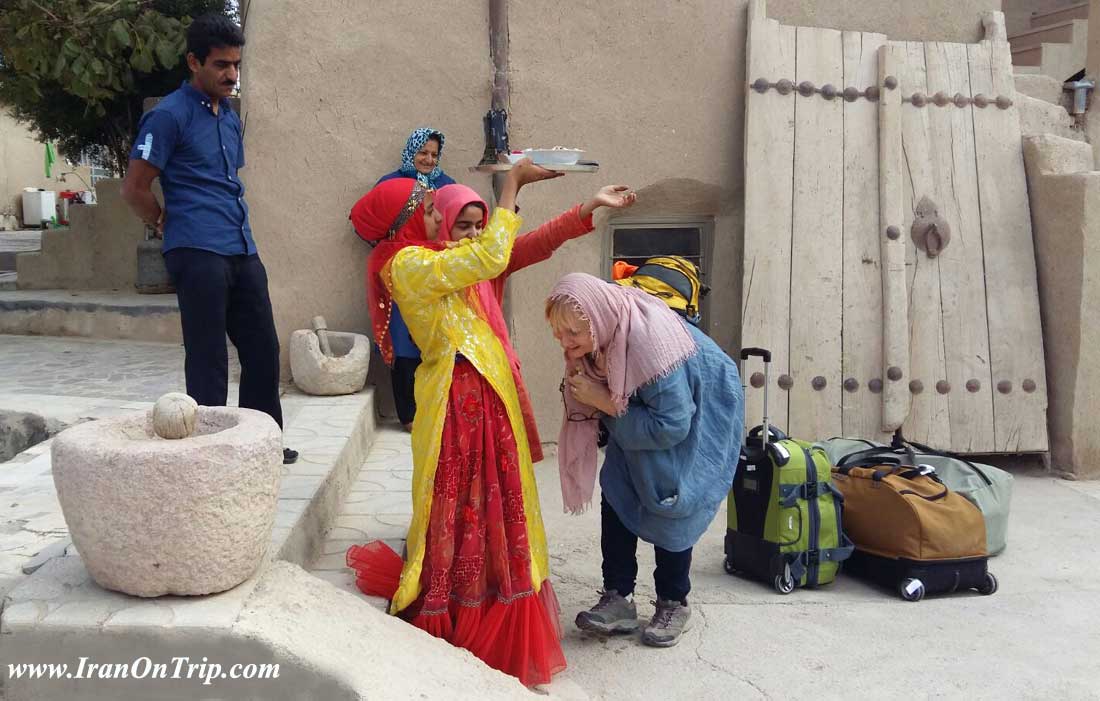 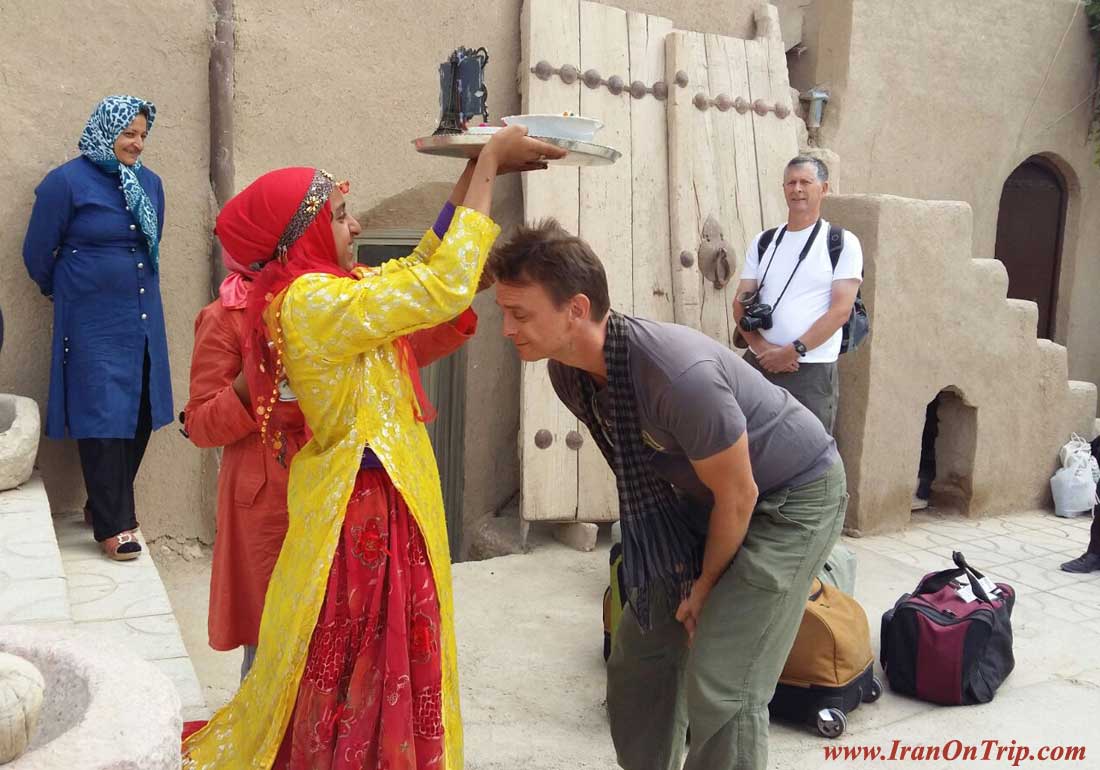 For them it was an unforgettable experience in their travel to Iran. And they couldn’t stop talking about the wonderful experience that they had in the middle of nowhere in a little house in a far village and the taste of a Persian food was not something easy to forget for them. So when they went back to Germany they started to share their memories of Abbas and his family with their friends.

They gave the address of Abbas’ house to the friends who wanted to travel to Iran and five months later when the second group of Germans knocked the door of Abbas’ house, he was shocked and surprised that he has more guests now to take care of, but Abbas was not ready to be a good host for his guests, and he wanted to respect his guests with Iranian traditions so he went to prepare ‘KABAB and CHICKEN KABAB’ but the Germans stopped him from preparing meat and chicken and they told Abbas that we came all these ways to your house to taste your famous rice with tomato, “Dampokht-e Gowje” this is what cause us to come here,

we are not looking for meat Kabab ro Chicken Kabab, we want that Iranian food cooked by your wife, because many people in Germany now have heard about it and we want to taste that. As Abbas call it, this was the moment of a miracle in his mind, and Abbas understood that he can just show the people of the world his daily life and the normal daily food that his wife cooks every day.

Abbas decided to go to Shiraz and to talk to travel agencies to take their tourists to his house but nobody listened to him and nobody considered him and his house as a serious tourist attraction but Abbas had a great will to make his dreams come true. 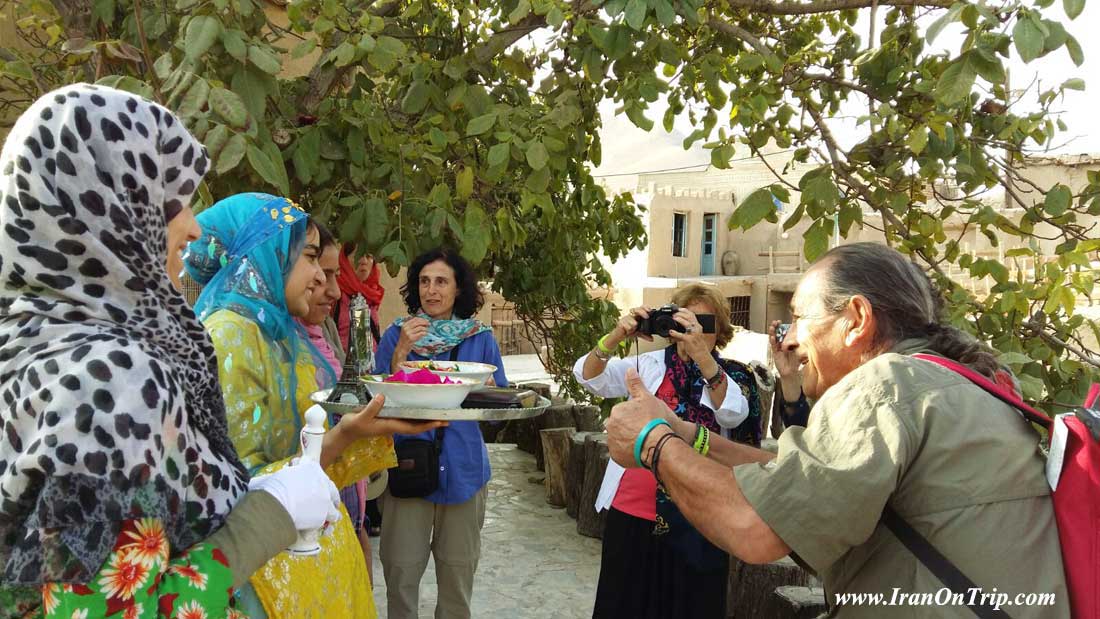 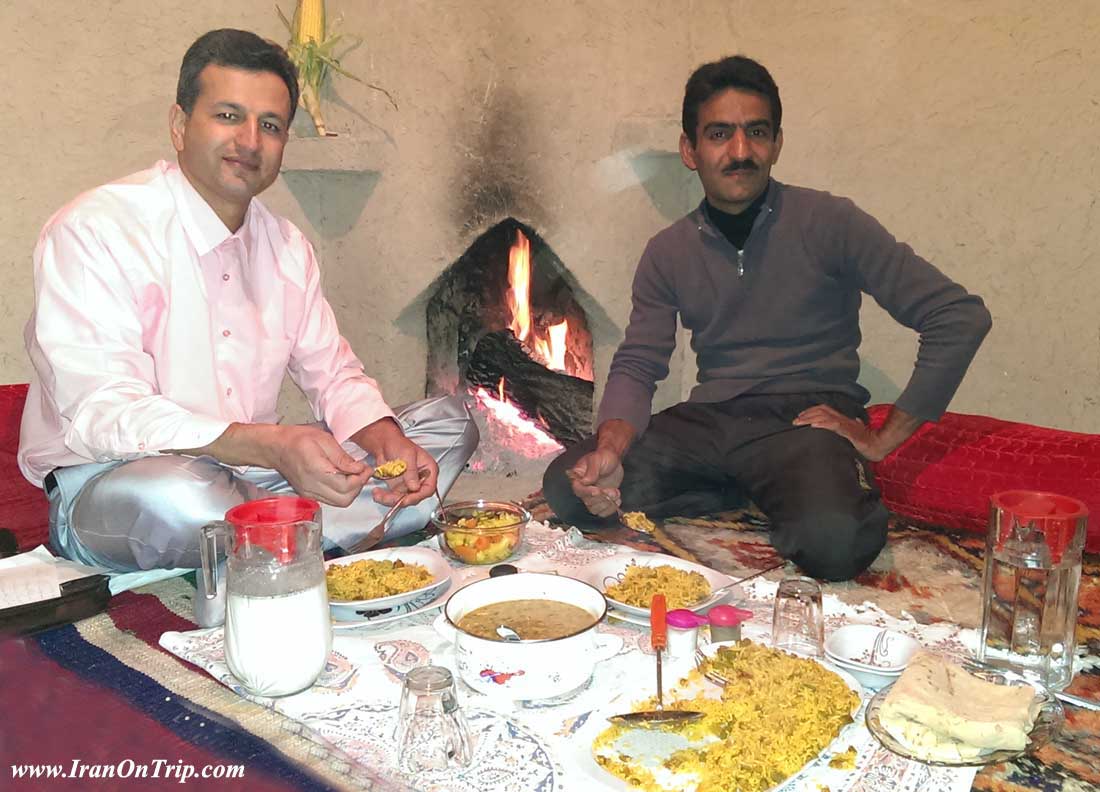 He didn’t give up easily, he invited a tour operator to his house and although he didn’t have enough money to pay their costs but Abbas spend the tips that the Germans have given to him to show his house and his village to a tour operator and he could convince them that there are a lot of unknown attractions in his village and the Nomads that are living in the area are the treasures of Bavanat. So he started to prepare his house for tourists and day by day and year by year his house became bigger and bigger and now Abbas owns 20 hectares of gardens and agricultural lands and he is really one of the best farmers in Iran and he produces all of the foods that he serves to his tourists and now after 14 years of ongoing effort that Abbas had, he is a great farmer and organic food producer 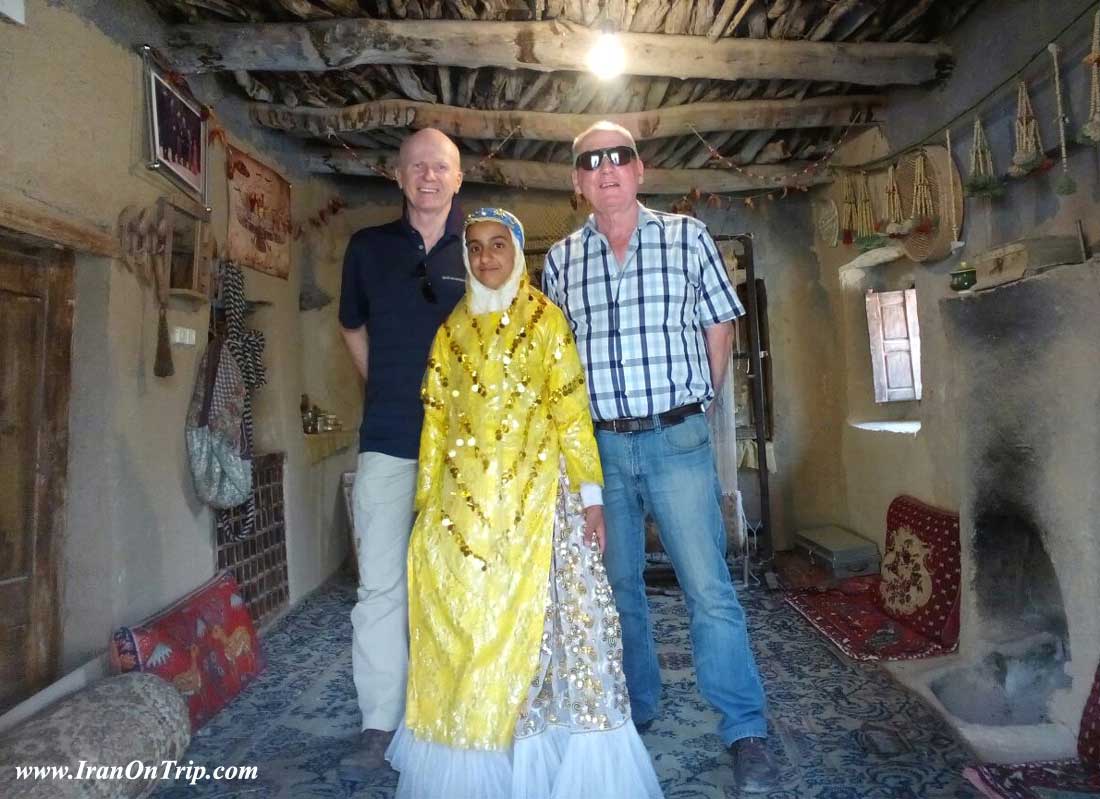 Now Abbas is a rich man and his family has a very good life but Abbas and his family didn’t forget their goals and he is still working from dawn to dusk to prepare the highest quality food and services for tourists.

Maybe the most shocking part of Abbas Barzegar’s life for many people is that although a second marriage while you have a wife and 3 children is not something accepted at all in Iran but In 18 Aug 2013 Abbas Barzegar married for the second time with a nomad girl to make his own Nomadic tribe in future. 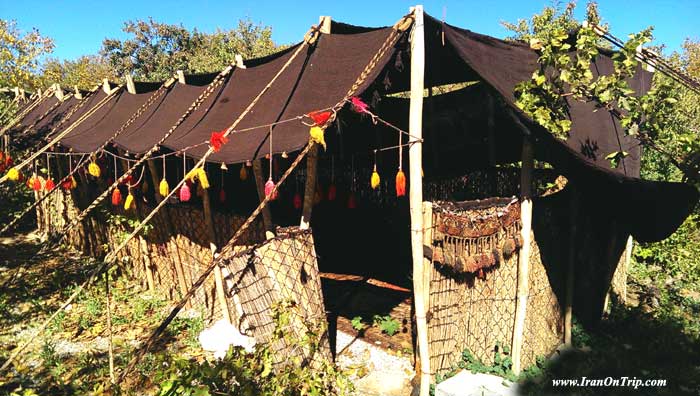 Now Abbas is one of the richest nomads of Khamse tribe but he is still looking to the far horizons, he is still working 18 hours a day, he takes the sheep to pasture, he milks the goats and cows and he cleans their corrals. His new son was born last year and Abbas has a big dream for his future. He is planning to revive a big nomadic tribe again in Iran like old days with all their traditional life styles. 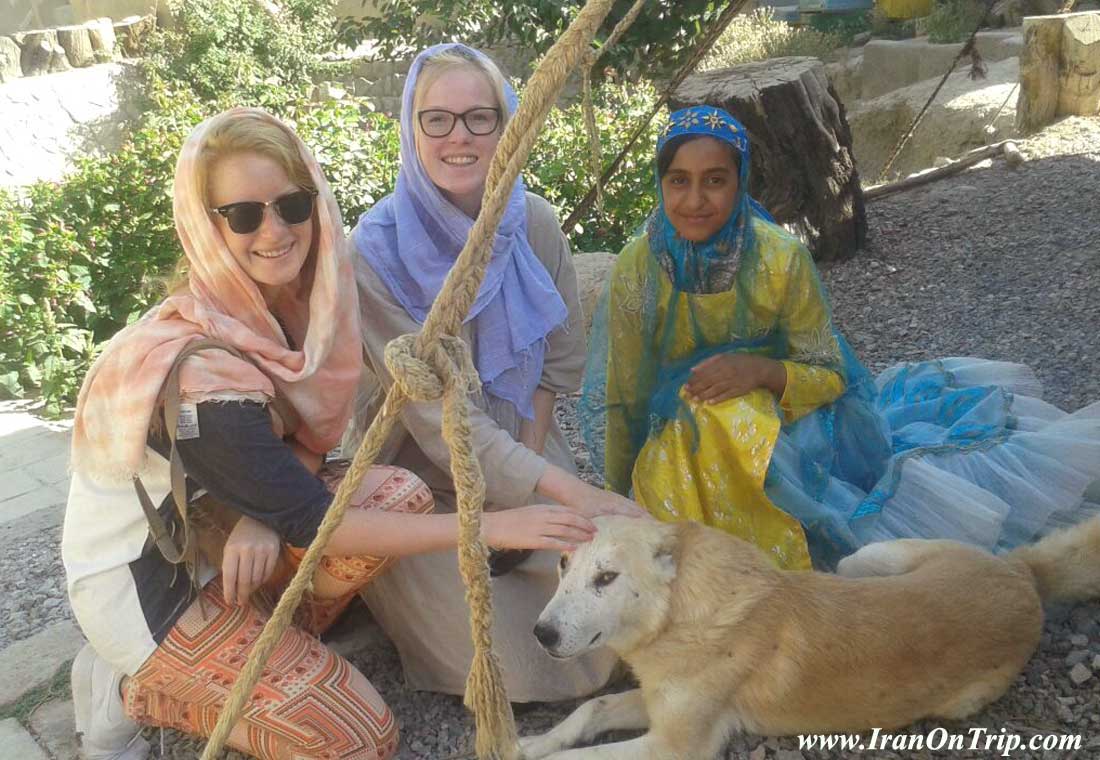 If you want to hear more about Abbas' future plans and dreams you must seat in his tent in his house and listen to his amazing stories for hours and hours.You will be amazed by what Abbas has done so far and what he plans to do in future. 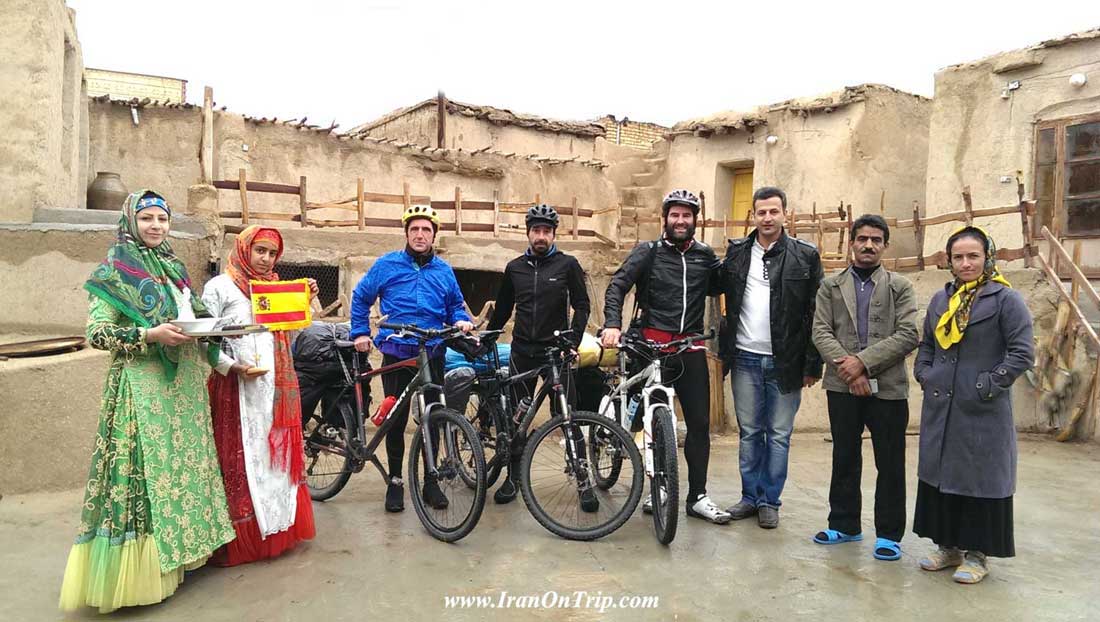 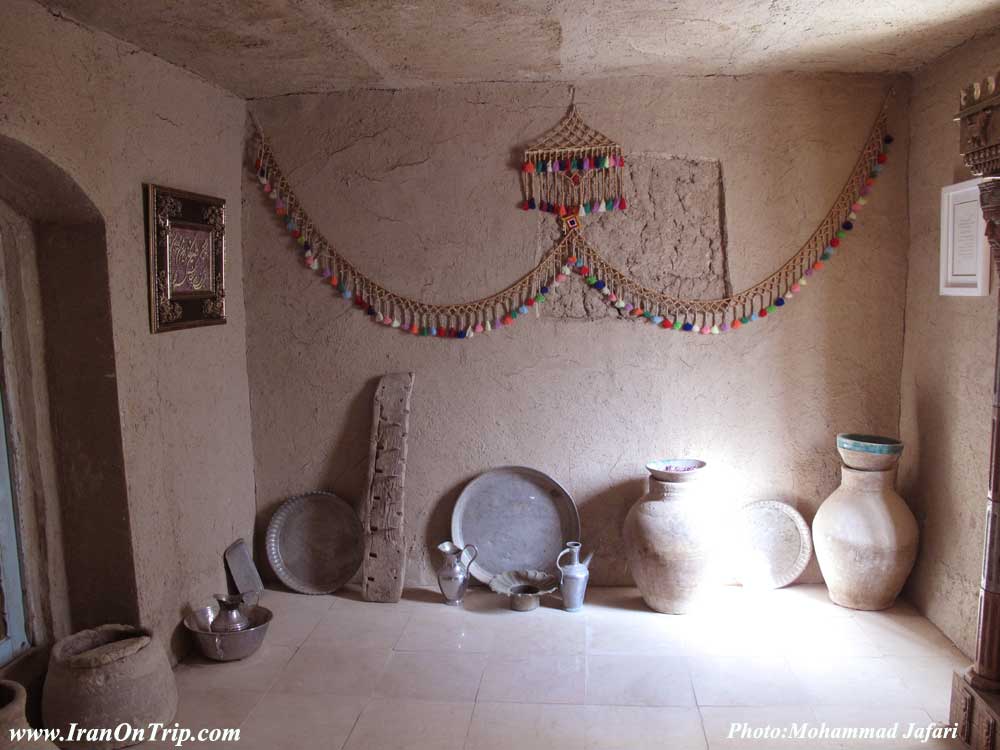 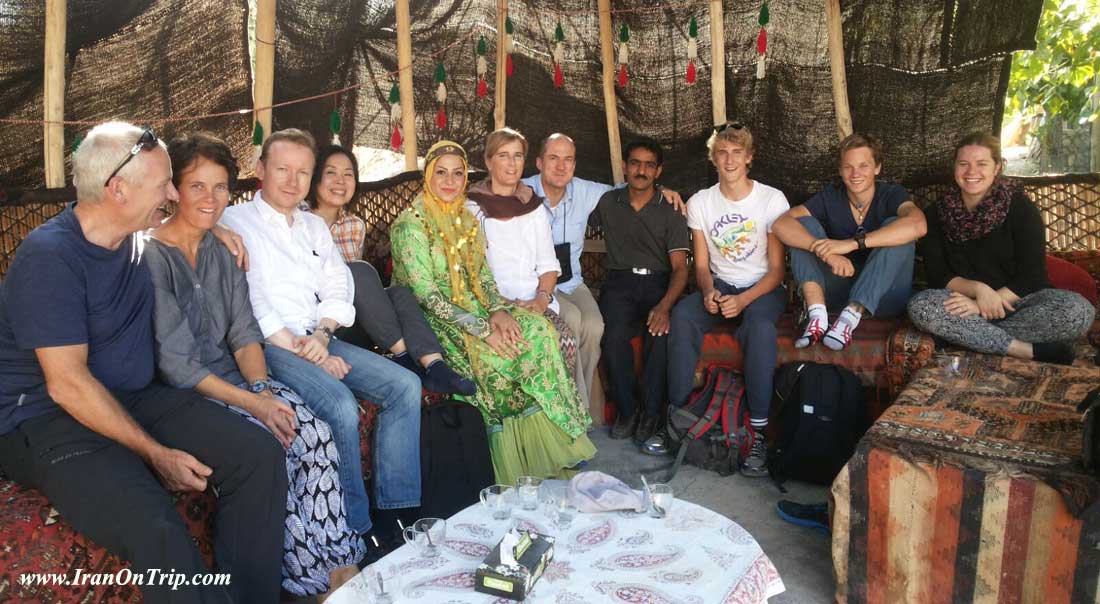 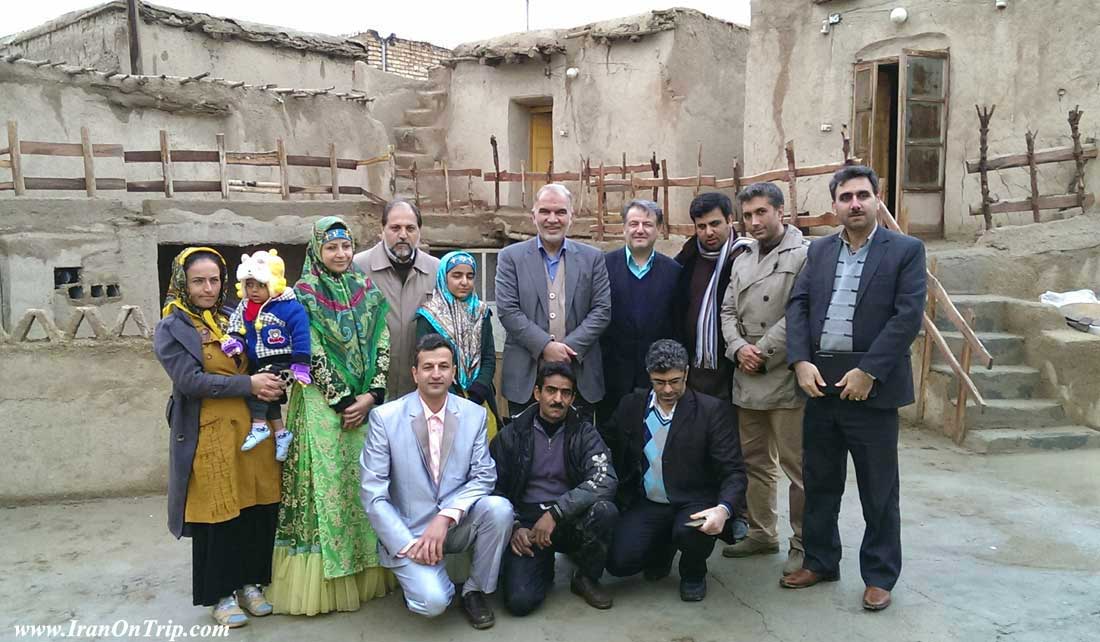 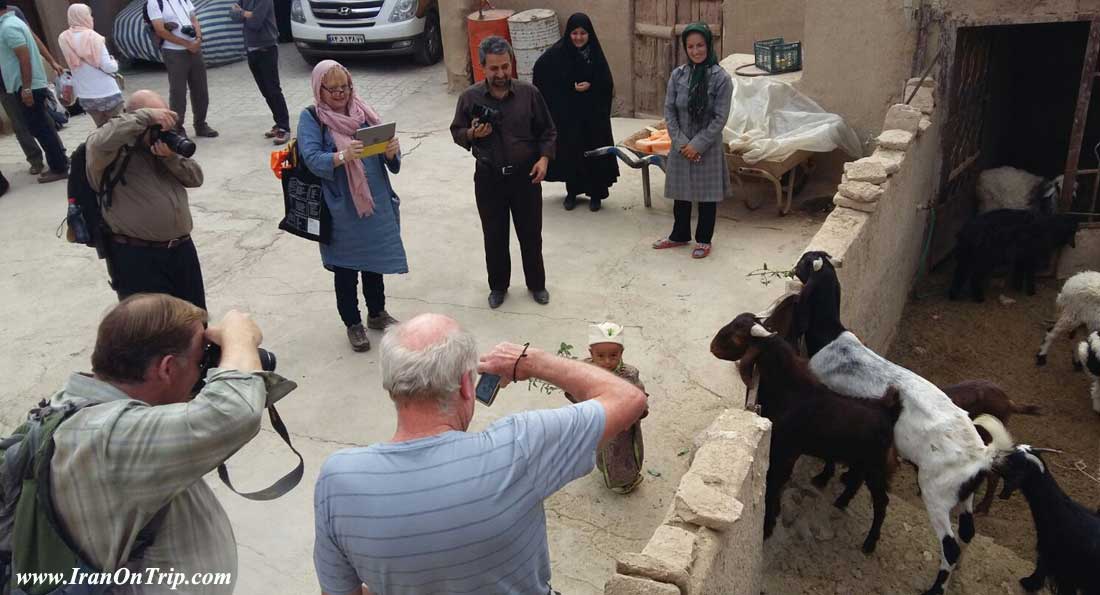 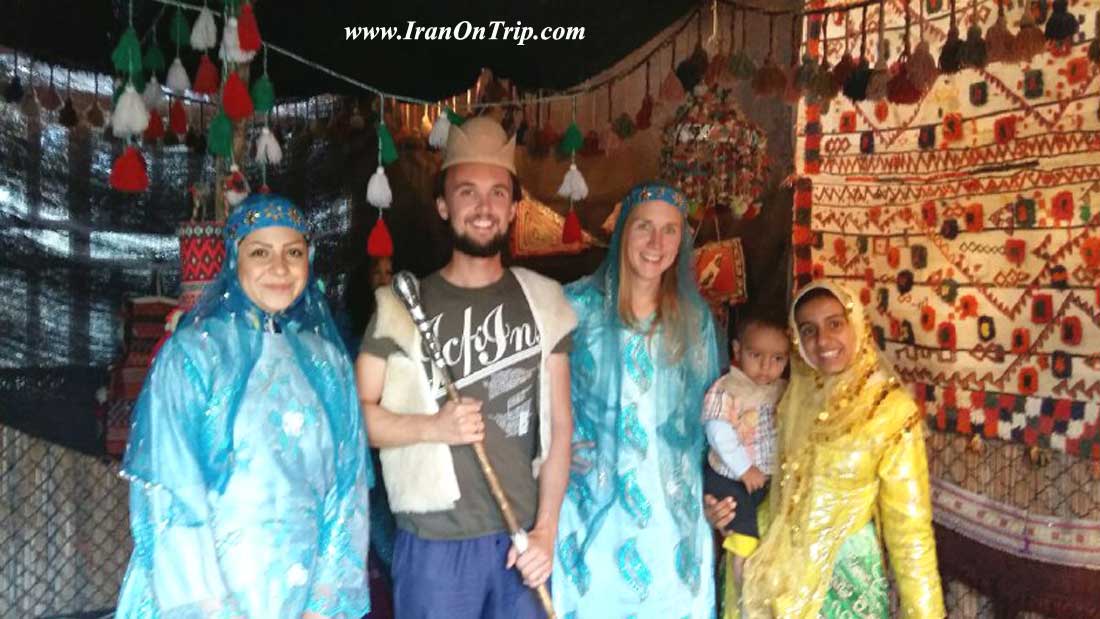 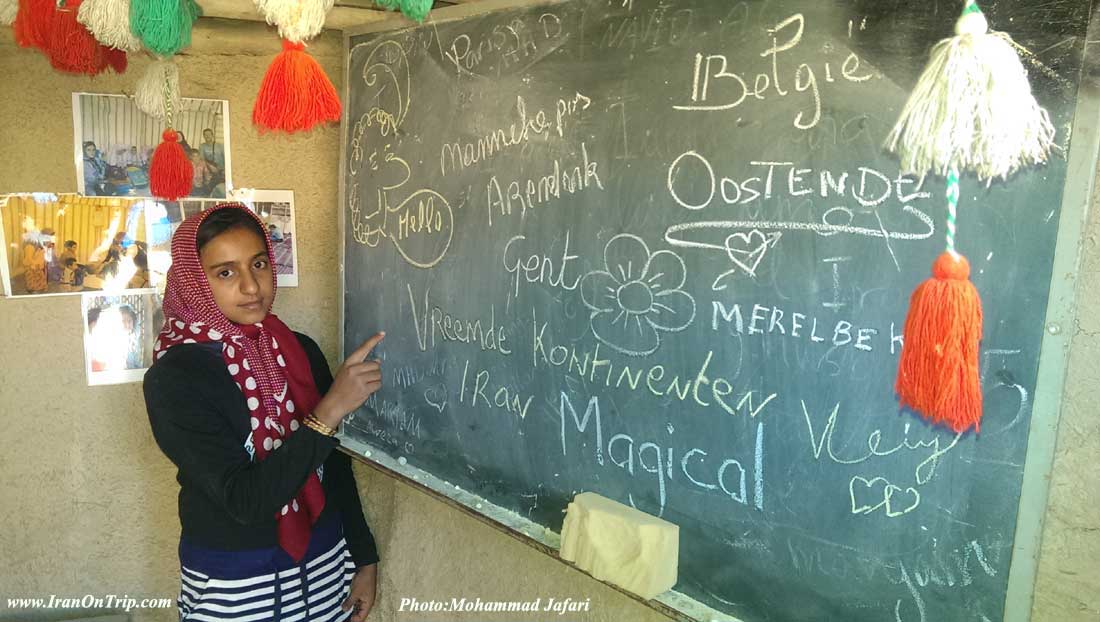 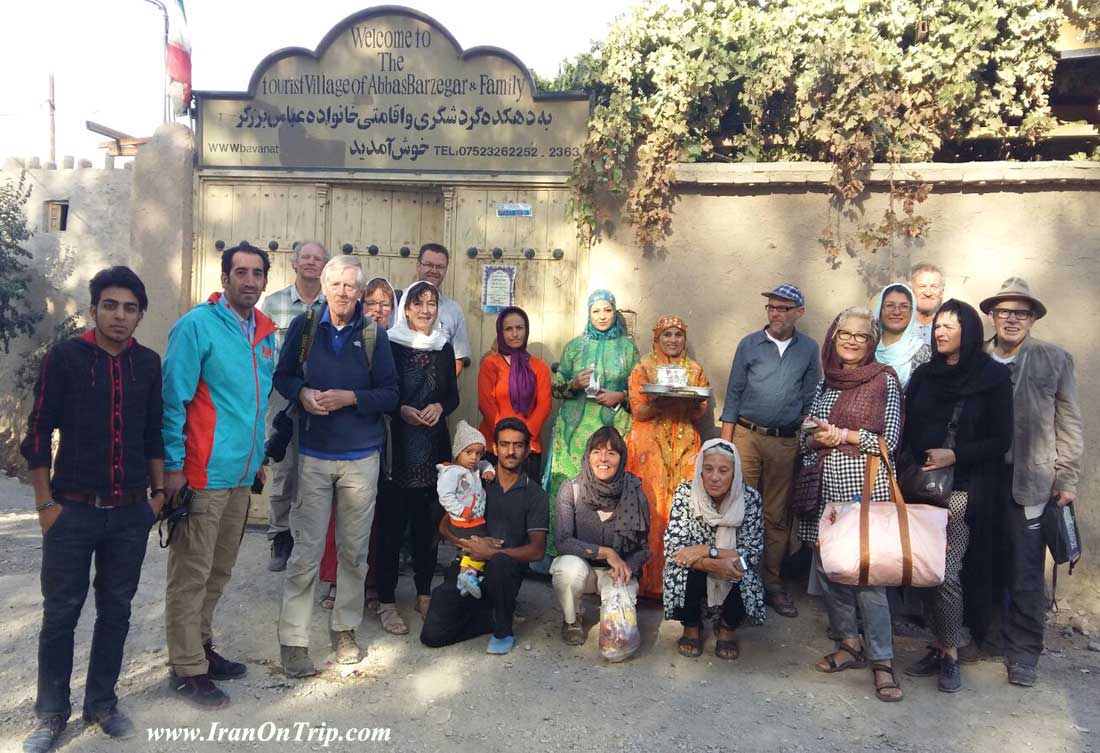 So a tour to Bavanat is in fact one the best choices you can have in Iran, the beautiful landscapes of Zagros Mountains in the roads, the green walnut gardens of Bavanat, the village life style, the amazing delicious natural organic foods in Abbas Barzegar’s house and meeting his family, the tour to visit the Nomads in the mountains and living with Nomads for some hours and many other unique experiences that you can have in Bavanat can make your most memorable days in Iran.

In order to visit the tourist village of Abbas Barzegar and family and reserve the traditional rooms of the village ,
Contact us by the following address:
E-mail Address:
tourleader@iranontrip.com