E-Mail
I want to receive news on my email
Poll
What do you think of Iran on trip website?
Tehran National Jewelry Museum 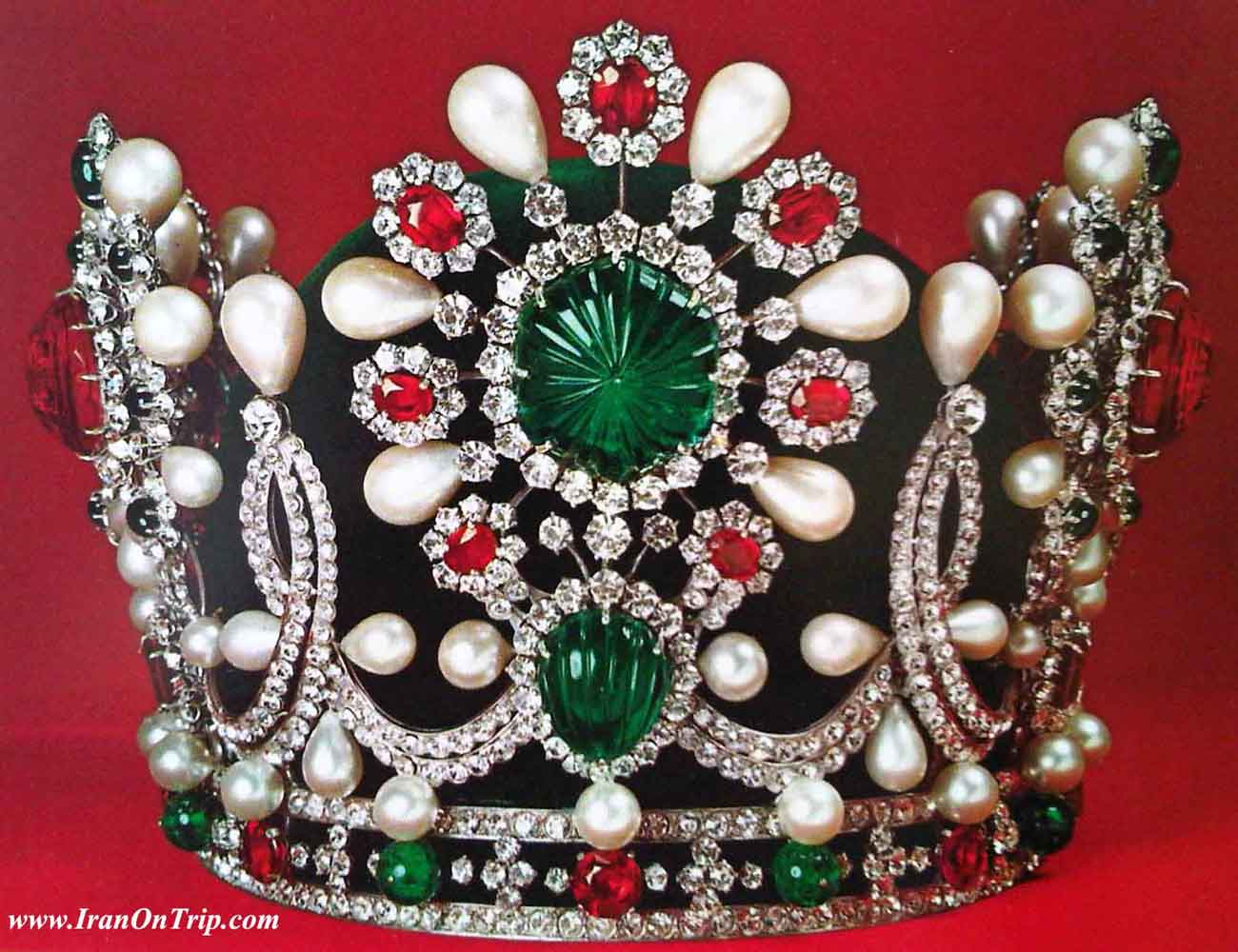 The Treasury of Iranian National -Royal- Jewels accommodates the world's most precious jewelry collection. The treasury has an interesting history, going back centuries. The actual value of the treasury is not known.
I the past 25 centuries, the Iranian kings were compiling jewels and ornaments whenever the country was in peace. The royal courts and the treasures of the Sassanid kings, Khosrow Parviz in particular, are mythical and have a special place in history books.
Regrettably enough, there is not much information available over the quality of jewelry existing in the courts of the Iranian kings. The only valid information concerns the Safavid dynasty. Information comes predominantly from the travelogues of foreign tourists such as Anthony Jenkins, John Baptist Tavernier, Knight Chardin, Shirley Brothers and George Minvaring.The establishment of national and political unity in Iran, and consecutive conquests during the Safavid dynasty, especially those of Shah Abbas, led to the compilation of a priceless treasury of gems and jewels. According to foreign tourists, the Safavid court adopted intense care in the preservation and logging of the royal treasury, which was by then among the world's most prestigious and biggest collections.The gems and jewelry kept at the Safavid treasury came from a variety of sources such as: legacy of the previous rulers, gems extracted from the mines of Khorasan and Turkestan, mothers-of-pearl caught in the Persian Gulf, gifts sent in by foreign kings or local rulers, war booties, and items purchased, including those from Tavernier and Chardin. The emissaries of the Safavid kings to India, Ottoman Empire and European countries such as Italy and France also bought and returned with precious jewelry to Isfahan.With Iran in chaos, the looters, comprising those who had a large part of the treasure or had purchased small fortunes from soldiers at low prices, found the Indian market more suitable for trading their plunders. Thus, a good part of the gains of the Safavid dynasty were transferred to the Teimurid court of India.Nader Gholi, who was accompanying the Iranian king, Shah Tahmasb II, upon entering Isfahan, could only take back that part of the treasury, which had been passed, to Ashraf Afghan by Mahmoud Afghan. After that, Nader Shah wrote a number of letters to the Indian court to regain possession of the stolen jewelry. As the Indian king defied Nader’s warning, the Afshari king invaded India. After the occupation of Delhi he reinstalled Mohammad Shah as the king of India. Mohammad Shah agreed to transfer consignments of jewelry, guns and weapons to Nader Shah in return for his pledge of truce.Some part of the treasury, which was recovered from India, was damaged or went missing on the way to Iran. As it was the costume at the time, after returning to Iran, Nadir Shah presented some of the jewelry to the neighboring kingdoms such as Ottoman Emperor Soltan Mahmoud, the Russian Queen Elizabeth… and Bukhara ruler Abolfeiz Khan. He also presented some of the gems and jewels to the holy shrine of the eighth imam of the Shiite Muslims, Imam Reza (peace be upon him), and distributed some among his army.Shortly after Nader Shah was killed in 1747 CE, Ahmad Khan Ebdali, a commander of Nadir Shah's army, looted the royal treasury with the help of a number of soldiers he had gathered around him. One of the most precious pieces smuggled out of Iran and never recovered was the Koh-i Noor diamond.The Qajar King, Agha Mohammad Khan, began to retrieve parts of the Afshari treasury. Agha Mohammad Khan was the first ruler after Nadir Shah who was determined to protect the Iranian treasury. Agha Mohammad Khan's successor, Fatthali Shah, continued to protect and preserve the royal treasury meticulously mainly because he was very keen on jewelry and ornaments.Fatthali Shah ordered built the famous Naderi bed, the Takhte Tavoos bed and the Kiani crown. Naser o-Din Shah, another Qajar ruler, also strove to compile and preserve the royal jewelry. He bought 48 pieces of big yellow diamonds, which are being currently kept at the Treasury of National Jewelry. The gemmed Globe is another piece attributed to him, showing his passion for collecting and preserving jewels.The succeeding Qajarid kings, namely Mozaffar o-Din Shah and Mohammad Ali Shah, ordered their treasury chiefs to log keep a careful record of the royal treasury to prevent theft of the precious collection.During the reign of Reza Shah Pahlavi and under a law passed by the Iranian parliament on 16th November 1937, a major part of the royal treasury was transferred to the National Bank of Iran to strengthen the bank's financial power and also to be used as the backing for the monetary system. In January 1960 during the reign of Mohammad Reza Shah, the collection was transferred to the newly established Central Bank.Following the victory of the Islamic revolution in 1979, the royal collection of the Pahlavi dynasty, plus some other pieces was added to the Central Bank treasury. Since then, it has been named the Treasury of National Iranian Jewels.
Museum of The Treasury of National Iranian Jewels:
Affiliated: Iran's Central Bank
Address: Ferdowsi Ave., Tehran, Iran
Telephone: +98-20- 311 0101-9
Visiting days and hours*** : Saturday, Sunday and Tuseday from 14:00 to 16:00
*** Children under 12 years of age are not admitted to the Treasury.